The Scythe Of Cosmic Chaos 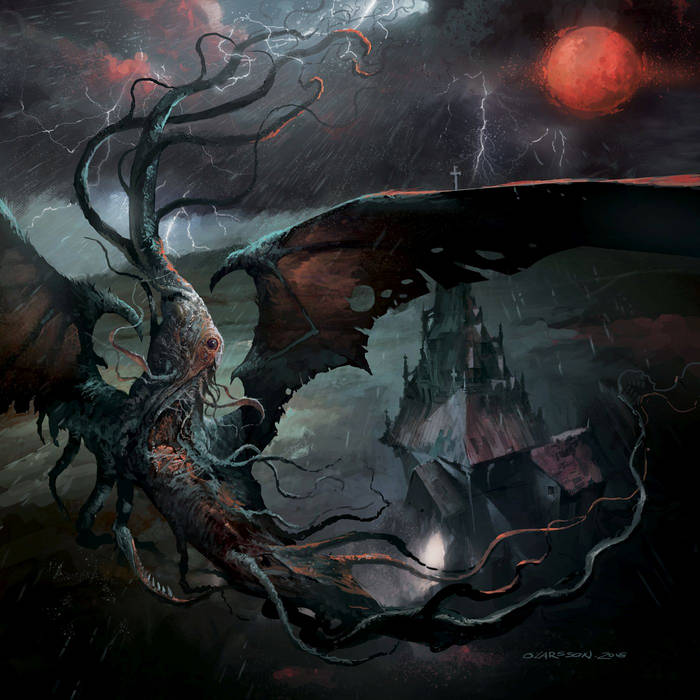 Spear Sounds like being tossed around on stormy seas as elder entities arise from the deep. But, like, in a good way. Favorite track: Yuggothian Spell.

RJ Stop, you had me at "Lovecraftian inspired." This album rips from start to finish. What a great blackened death metal performance. It just oozes atmosphere which helps to separate it from other bands in the same genera. Also the mix/production is just outstanding. 9/10 Favorite track: Sinister Sea Sabbath.
more...

Ván Records is proud to announce the highly anticipated third full-length-album of SULPHUR AEON!
Sounding overall powerful and sublime, “The Scythe of Cosmic Chaos“ electrifies with courage and creativity. This abysmal adventure, garnished with a mind blowing artwork by Ola Larsson, covers all facets of Death Metal and breaks new ground at the same time.

The band's first two records "Swallowed By The Ocean's Tide" (2013) and "Gateway To The Antisphere" (2015) received massive worldwide praise by both fans and media alike and were placed amongst the most innovative and pioneering genre albums of recent years. SULPHUR AEON were, are and will remain the most ambitious and important Death Metal institution in Germany!

1. Cult of Starry Wisdom
2. Yuggothian Spell
3. The Summoning of Nyarlathotep
4. Veneration of the Lunar Orb
5. Sinister Sea Sabbath
6. The Oneironaut - Haunting Visions within the starlit Chambers of Seven Gates
7. Lungs into Gills
8. Thou shalt not speak his Name (The Scythe of Cosmic Chaos)

Bandcamp Daily  your guide to the world of Bandcamp

outré black metal, with a Victory Over the Sun interview and music from Liturgy and Jute Gyte.